Ever decreasing circles - a new project to reduce driving movement, CO2 and congestion

Inefficient delivery management at construction sites in London is responsible for pumping thousands of tonnes of CO2 into the environment every year, increases the risk of collisions, and adds to congestion in an already congested city. Noel Byrne tells LAPV about a new app that aims to solve this problem by managing deliveries in real-time. 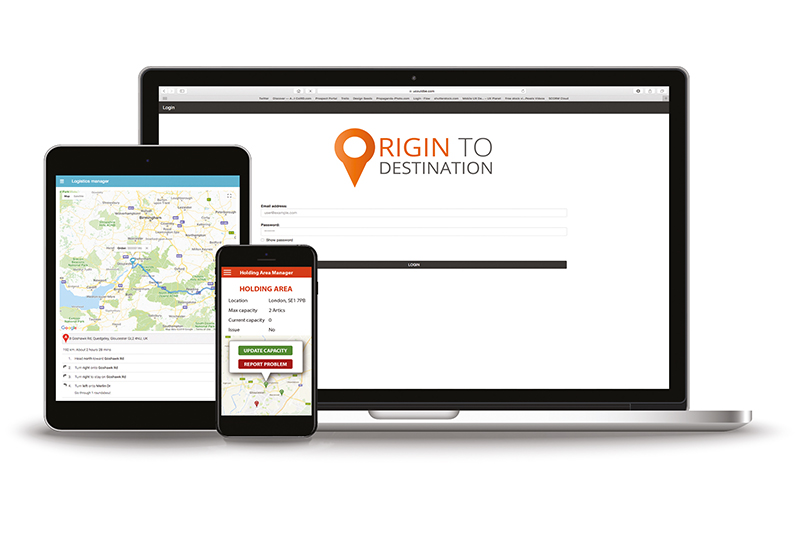 Construction sites in London face a significant problem, and it impacts everyone. Failing to manage deliveries by HGVs properly means that hundreds of vehicles are turned away at site gates, which then circle the city waiting for a new slot or are sent back only to return another day. This concept runs counter to our goal of achieving cleaner air, safer streets, and avoiding delays in the construction process.

In my career, I have worked with significant construction groups in London, and I have been fortunate enough to work on some of the most iconic projects of recent decades, from the Shard to the 2012 Olympics. During this time, I have supported businesses in their efforts to build more sustainably, reduce the environmental impacts of their developments, and with the early advent of FORS and CLOCS, reduce the number of deaths and injuries caused by HGVs. The latter has become more poignant in recent years, working alongside Kate Cairns' See Me Save Me campaign to reduce deaths under the wheels of HGVs.

Over the years it has become clear that the control of gates at large construction sites causes significant problems both for construction companies and London's residents. While delivery management systems have improved congestion at gates, there is still lots of disruption, and thousands of HGVs are turned every week as a result. Conditions in London mean that these diverted HGVs have no choice but to circle until the delivery is cancelled or a new time slot opened.

This practice was noted in Aecom's 2017 report Investigating the Impacts Caused by Inefficient Deliveries, which pointed out that when sites send vehicles away, they travel an average of 10 miles before the construction location has rectified the issue. Often the decision to turn a truck away is made by the team on the gate, not the senior team, who may find out too late that the steel required to complete their phase of the project has been sent back to Sheffield. 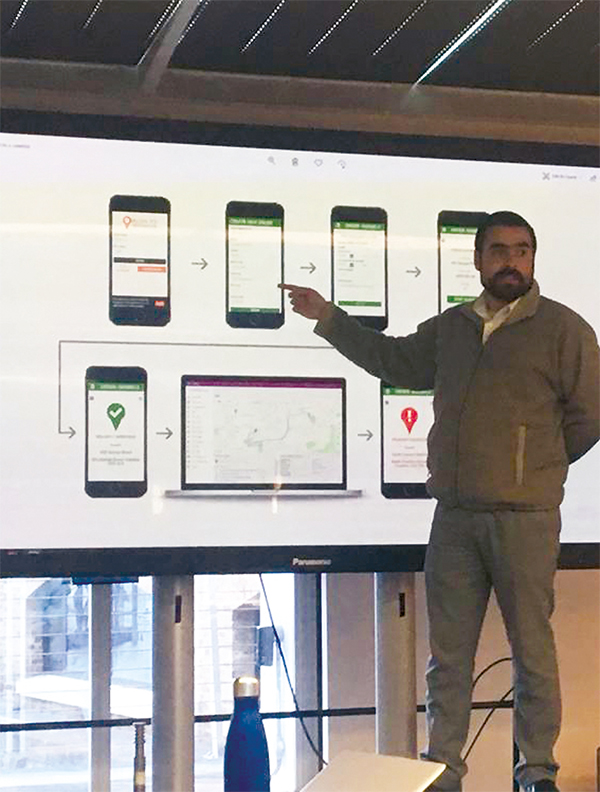 Our journey to develop a technological solution to this problem Origin to Destination started against this backdrop. As with all things, luck played its part. In the spring of 2016, I met Eamonn McGurk of Keyway Group, a business that has been operating in construction and waste management since the early 1960s, and discovered that we shared many of the same views. The next piece of luck was meeting Dan Pinnell, Director of Prospect Training Services. Dan is a technical whizz and had already developed innovative technology for the Welsh FA as well as state-wide learning programmes in America. We attacked the problem together, and the concept of O2D was born.

We established that there were two key solutions to better control of gates: consolidation centres where goods could be stored and sent to the project in mixed loads, and diverting HGVs to holding areas. The first was an excellent solution, but satisfying the Mayor of London's requirements meant that the consolidation centres would need to be within half an hour's drive of the project, which gave rise to the problem of finding and financing suitable space so close to central London. The second solution, the use of holding areas, would require collaboration between local authorities and Transport for London, which shares the highways.

We decided to develop an app that would do two things. Firstly, it would provide full visibility of deliveries, from supplier to end-user, in real-time. Secondly, it would enable vehicles to be safely diverted to a measured holding bay whenever they couldn't be accommodated at the gate.

As we approached completion of the platform, we met Alex Pocklington, Principal Network Impact Assessment Engineer for Croydon, at a logistics forum. He was also looking for a technological solution to work alongside the Construction Logistics Plans (CLPs) to make efficient use of holding areas as part of the strategy for the Croydon Growth Zone. We joined forces and launched O2D version 1.1 in collaboration with the London Borough of Croydon in the spring of 2019. 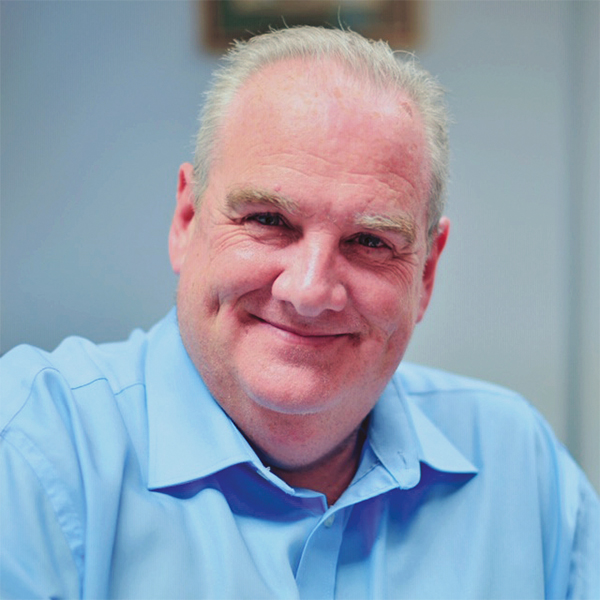 O2D is a real-time delivery management system with a unique driver contact app for rerouting, diverting, and cancelling deliveries.

Alex Pocklington, Principal Network Impact Assessment Engineer for Croydon, explains: 'Across London, hundreds, possibly even thousands of trucks are turned away each day at their ramps or gates due to missed time slots and then circle the city, wasting miles, increasing the risk of collisions, and rising levels of congestion and emissions. With this app, we aim to drastically reduce this issue while supporting Croydon's construction logistics, clean air, and environmental impact initiatives. We hope this project brings benefit to the whole of London and beyond.'

O2D increases supply chain communication and makes the process more transparent and efficient, facilitates the free movement of vehicles, and keeps construction timescales on track. The app reduces stoppages and the build-up of trucks and vans on-site, as well as the number of repeat journeys and delays. It does this by diverting the vehicles before they reach the site and hold them in holding bays, to be called in once the site is ready. We call it air traffic control for road freight.

Those 54,000 extra miles produce 64,000kg of CO2 and other harmful gases. This developer alone has 12 live sites in London. That is 771,000kg of CO2 and other toxic gases being pumped into our atmosphere every year from inefficient deliveries, sobering figures for a city that is desperately trying to reduce its high pollution levels.

Our initiative aims to reduce the number of inefficient deliveries across London, and therefore the number of collisions and injuries to pedestrians and cyclists caused by construction vehicles. We also hope to reduce the amount of CO2, NOx, and other harmful emissions produced by these vehicles, and reduce congestion and road wear and tear.

O2D helps to improve driver behaviour through education, and it is unique in the way it ties the supply chain and local authorities together. It doesn't require the purchase of expensive equipment. It is a free app that can be downloaded onto a smart device to link up deliveries, their GPS locations, and rerouting systems. It provides full visibility of any shipment in the system to suppliers, site managers, local authorities, and other key stakeholders.

The O2D app supports not only road safety and environmental targets but also reduces the number of HGV movements while promoting broader agendas. During the planning stages, construction sites must demonstrate how they can mitigate the impact of the build on the local community. O2D can function as a planned measure on the construction logistics plan. Not only can it divert deliveries based on-site time zones (e.g. avoiding peak pedestrian times), but it can also detail vehicle type and load so local authorities can monitor the planned number of vehicles against the actual quantity and confirm FORS status. It enables councils to place new measures on the developers if they breach their CLP. It can also identify incidents of construction vehicles using residential roads not agreed in the plan, supporting local communities and the wellbeing of residents.

The app has a single driver feature, which allows small delivery firms or self-employed drivers to access the same features as large organisations, free of charge. It supports local jobs for local people initiatives, and the data can be tracked through our management system.

Businesses can reduce their environmental impact and carbon footprint by using O2D and increase their security as every delivery has a driver profile, vehicle type, and number plate attached. Alerts can be generated if the vehicle or photo ID does not match the vehicle on the map. O2D is also piloting a new approach for the logistics sector, and the system can gather previously unattainable statistical information, which can inform authorities for future strategies.