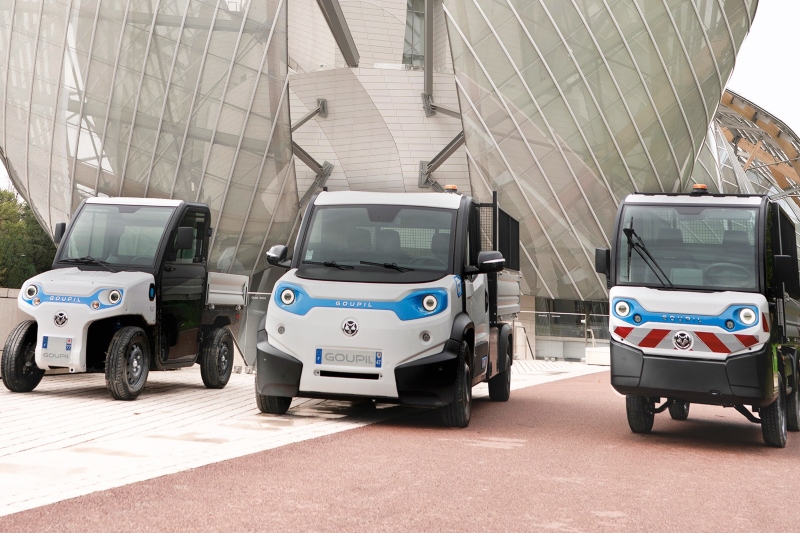 The ever increasing price of petrol and diesel is putting fleet operators under a lot of pressure. Ramsy Labassi, marketing manager, Bradshaw Electric Vehicles argues that this could lead to an increase in the demand for electric utility vehicles. LAPV reports.

The soaring fuel prices which have rippled through the UK in recent months have resulted in a significant blow to businesses and organisations throughout the nation.

With prices reaching record breaking levels, the need to source alternative, cheaper options has been a high priority for those with a requirement for utility vehicles to support their operations, according to Bradshaw Electric Vehicles – who say they have been inundated with enquiries from businesses and organisations searching for alternatives to traditionally powered vehicles that won’t burn a significant hole in their pockets.

As of the end of May, petrol was 173.2p per litre, with diesel priced at 183.1p per litre – a steep rise when in the past six months alone prices for both have soared by 19% and 21% respectively, with concerns that this trend is not set to slow down over the coming months.

This is a staggering hike when compared to the price of charging an electric vehicle – making the cost of charging one of Bradshaw’s Goupil electric vehicles, which cater for last mile distribution, waste management and local authority requirements, significantly cheaper over the long term than running a traditionally powered utility vehicle.

With the average cost of filling up a standard vehicle recently exceeding £100 for the first time ever, the upward inflationary pressure placed on fleet operators is becoming unsustainable.

According to Ramsy Labassi, marketing manager at Bradshaw, the business, which has been a leading supplier of industrial electric vehicles since 1976, believes that rising oil prices will only service to accelerate the shift to electric utility vehicles as the running costs of traditionally powered vehicles is quickly becoming wholly unsustainable – something that has been regularly reiterated in recent enquiries, especially by small and medium sized enterprises.

‘With the added expenditure of rising fuel costs, which may not subside for some time, the move to electric not only provides potential users with the prospect of improving their environmental footprint, but in turn lowers their vehicle operating costs as well.’

Mr Labassi acknowledged that some people still had reservations about investing in brand new electric utility vehicles. Cost, range anxiety, and concerns about the availability of charge points are often raised by those who are nervous about making the transition to electric vehicles.

‘The most commonly cited factors behind holding back on electric include perceived lack of range, the lack of readily available charging points and cost. However, with fuel costs rising considerably, the perks of making the transition from traditionally powered utility vehicles to electric far outweigh the purported downsides,’ Mr Labassi said.

What about the recent increases in the price of electricity? Surely this changes the calculation that fleet operators have to make when considering buying an electric vehicle. Not by much, according to Mr Labassi.

‘Despite the current rise in electricity costs, recharging an electric utility vehicle still remains more cost-effective than fuelling its petrol or diesel counterpart, offering significant savings for utility vehicle operators over the long term,’ he said. ‘The cheaper price of running electric vehicles may therefore encourage more businesses and organisations to make the switch sooner than originally planned – which is a significant positive as it will simultaneously contribute to cutting emissions and bringing the country closer to achieving its net zero target by 2050.’