Worcester residents will now be seeing regular reminders of how they can help control the number of gulls in the city, with two new waste lorries displaying 3.4-metre signs asking them to dispose of waste food properly. 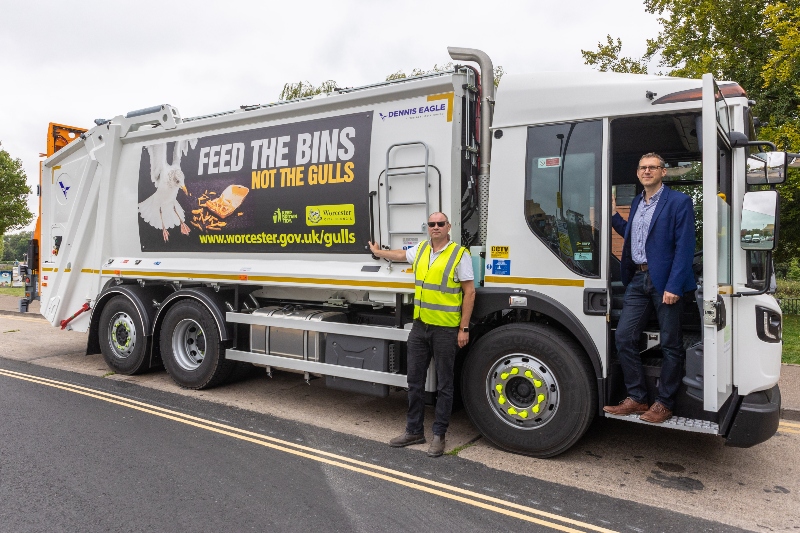 The display on the side of the two 26-tonne vehicles say, ‘Feed the bins, not the gulls’, to encourage people to make sure food waste is put in the city’s litter bins properly, so that gulls can’t then pull it out and eat it.

Cllr Andy Stafford, chair of Worcester City Council’s Environment Committee, said: ‘The city council is working had to control the numbers of gulls in our city, but we can all do our bit to reduce the problems caused by these birds.

‘Hopefully when people see these new waste lorries making their way through Worcester’s streets it will remind them to make sure they’re not accidentally feeding the gulls.’

The two new waste lorries are the latest additions to the city council’s vehicle fleet and come equipped with technology to monitor the bin collection rounds and ensure the safety of both the public and the waste crew. From 13 September they will be on the city streets for both waste and recycling collections.