Leicester’s green buses get Blues’ names ahead of Wembley trip

A fleet of electric buses that have brought cleaner, greener travel to Leicester are now bearing the names of the players who helped win the FA Cup for the city for the first time. 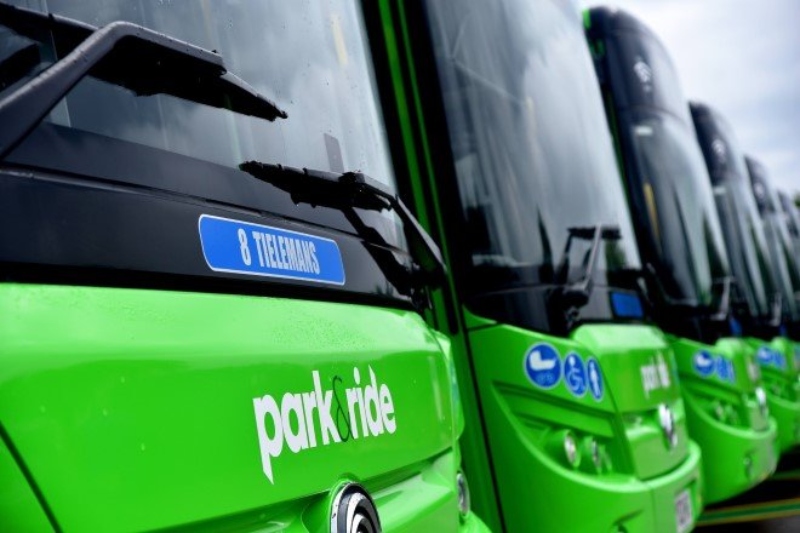 The 11 bright green, zero-emission buses that operate on the city’s park and ride routes have been named after the Leicester City players who started the match at Wembley in May – with the substitutes’ names due to appear on four additional electric buses later this year.

The players’ names and numbers are prominently displayed beneath the windscreen of each bus, making them easy for people to spot.

City mayor Peter Soulsby said: ‘When we took delivery of our zero-emission electric buses earlier this year, we asked our followers on social media to come up with some names for them.

‘One of the most popular suggestions was that we should name the buses after the players, if Leicester won the FA Cup. I am obviously delighted that Leicester did go on to win the FA Cup – and very pleased that the players were happy for their names to appear on Leicester’s first electric buses.

‘Whenever we see one of these electric buses on the streets of Leicester, we’ll be reminded of that electric performance at Wembley back in May.’

Leicester City legend and club ambassador Alan ‘The Birch’ Birchenall said: ‘Seeing how much winning the FA Cup meant to the people of Leicester has been incredible and it’s fantastic to see these new 100% electric buses proudly displaying the names of the lads on their way around the city.

‘I’m sure in normal circumstances we’d have loved to be on an open-top bus tour with the trophy ourselves, but this is a fantastic way of celebrating that achievement as well as helping to reduce emissions.

‘Hopefully one day there will be an all-electric double decker with my name on to bring people into Leicester on a matchday!’

The cleaner, greener buses – powered by 100% renewable energy – were introduced in May to replace diesel vehicles on Leicester’s three park and ride routes.

The city’s park and ride services are run jointly with Leicestershire County Council and are operated by Roberts Travel Group.

Managing director of Roberts Travel Group Jonathan Hunt said: “The passengers seem to love the buses’ new names – we’ve noticed people taking photos of them, as if they’re trying to spot the whole team. And the drivers love them too: it’s much more fun to say ‘I’m taking Schmeichel out’, than it is to call the bus by its registration plate!’

The new buses represent the first phase of a £50m project that could see electric buses rolled out to a third of the city’s network by 2024.

In total, 18 new electric buses will be secured for Leicester’s Greenline project, funded largely by the government’s Transforming Cities Fund. Eleven of the buses have been allocated to the park and ride routes, four will be introduced on the popular Hospital Hopper routes in the autumn, while three electric buses will operate on a brand new city centre shuttle service from autumn 2022.