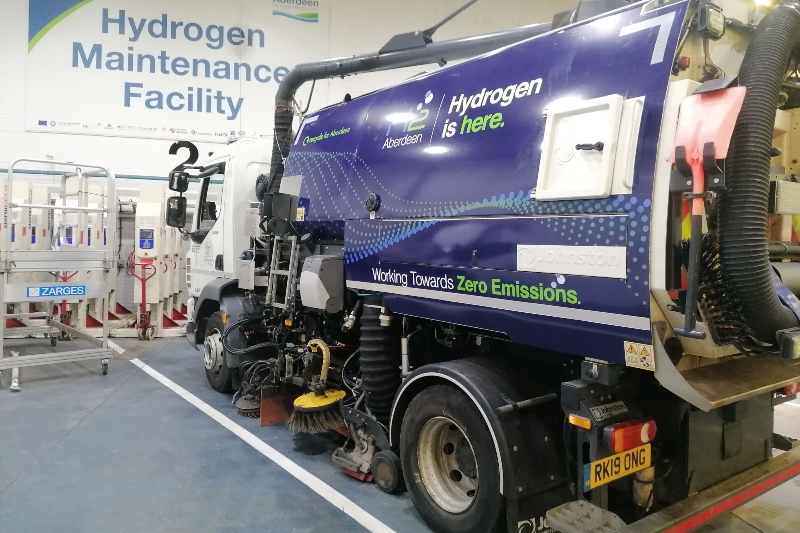 Launched in 2020 by ULEMCo, the optimised sweeper has saved around three tonnes of CO2 emissions per year for the council, believed to be a record for this technology.

The sweeper has been converted to run on dual-fuel, which allows a controlled quantity of hydrogen to be burned directly in the engine in combination with the diesel.

Cllr Jenny Laing, leader of Aberdeen City Council, said: 'I would say to local authorities that are thinking about moving to hydrogen technology, that it not only helps you with the economic targets that you may have, but it will certainly help with the environmental targets that each and every local authority in Scotland has set themselves.'

ULEMCo said the council would save almost 30 tonnes of CO2 if the technology was applied across the whole of its fleet of sweepers.