How safe are your tyres?

I am sure there are no operators that have not heard about the ban on the use of tyres over 10 years old for heavy vehicles and some minibuses. 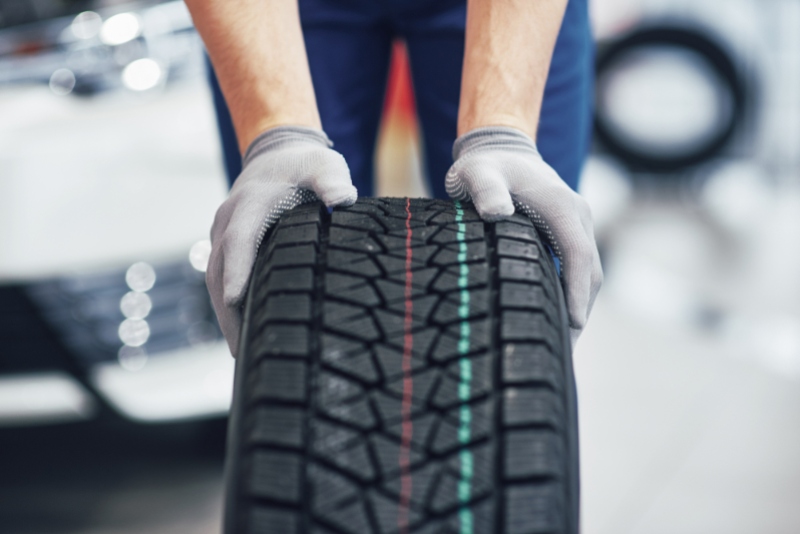 To quote DVSA guidance, ‘From 1 February 2021 Construction and Use Regulations will not allow tyres aged over 10 years old to be used on the front steered axles of HGVs, buses, coaches or all single wheels fitted to a minibus (9 to 16 passenger seats). So, if used it will mean a dangerous fail at annual test and a prohibition.’

Having spent most of my career in the municipal sector, I think it is fair to say that having a 10-year-old tyre would have been a considerable achievement when in reality obtaining a 10-month life – or less – from a set of tyres was nearer the norm.

I have recently been undertaking some document audits for fleets and I am noticing more and more vehicles are being given an ‘advisory’ at their annual test. Such an advisory is classed as a ‘minor fail’ and no further action will be taken nor will this endorsement on the certificate affect your OCRS score.

Having said that, there are two reasons for receiving such a minor fail. The first is that the tyre age markings cannot be read, for example when a pair of twin tyres have the markings facing inwards. The second is when the age markings are illegible. In the case of the latter, the DVSA would expect the operator to change the tyre accordingly. It goes without saying that the lack or legibility of tyre age marks on the front axle will attract an MOT fail or, if found at a roadside check, will attract a delayed prohibition.

In accepting that tyres that are over 10 years old can be used on axles other than the front steer, the DVSA are clear that it is the operator’s responsibility to make sure an adequate tyre management system is in place and that regular consideration is given to the risks associated with the use of older tyres, even if legal.

Whilst such longevity of tyres is unusual in a municipal HGV operation I can envisage that such a life could be common place in minibus fleets. For the 9-16 seat buses, with single rear wheels, it is more important to understand the age of the tyres especially given the nature of the work the vehicles are put to.

Now I know that many operators sub-contract their tyre management to private contractors, expecting them to maintain the tyre stock in a fully operational and legal state and there is nothing wrong with that approach. But I would ask if those that do so have asked their contractor to record tyre age dates and positions against a registration number at any time that work is undertaken. If retreads are used the ‘manufactured’ date is taken from the date when the retread was carried out.

I would strongly recommend that operators implement a system where dates of tyres are noted and the records held to ensure that they can withstand any challenge from the enforcement authorities should the situation arise.

Whilst I am on the subject of advisories given on MOT tests – how many operators take immediate action on those advisories? In my opinion, such advisories should carry the same weight as a driver defect report and the operator should instigate a recorded action to do what it says – monitor and repair if necessary.

If the advisory, tyre age or other, is deemed to not require immediate action, then there should be a record of that decision held in the vehicle’s maintenance file and an automatic ‘monitor’ flag should be produced each and every time the vehicle is inspected until such time as the issue is fully resolved. Failure to follow up on an advisory, and to record that action, could be construed as negligent and I am sure, if your records are ever scrutinised by the DVSA, would be flagged as a compliance issue.

Phil Clifford is a former fleet manager with over 42 years’ experience working for local authorities.

This article was originally published in the autumn issue of LAPV. For a free subscription to the magazine, sign up here.