The UK’s three bus manufacturers today joined forces to urge the Government to speed up its rollout of 4,000 UK-made zero-emissions buses, ‘parking the bus’ in Westminster to drive home the point. 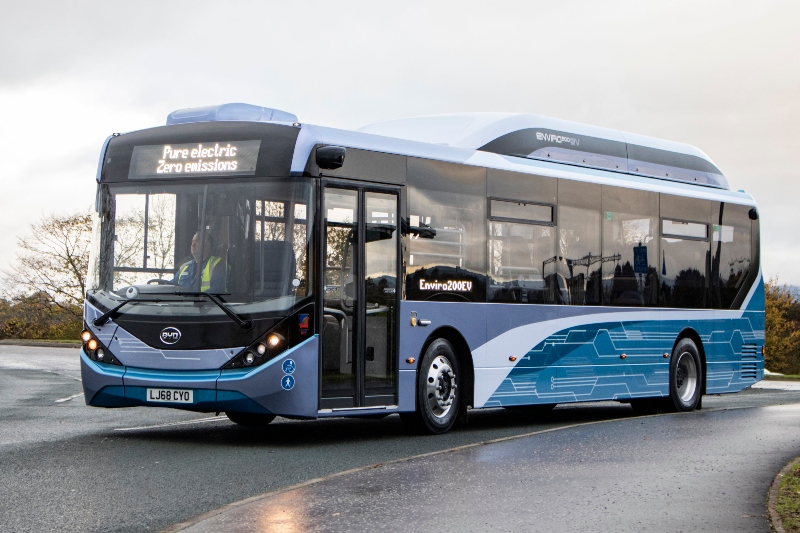 In February 2020, the Prime Minister and Secretary of State for Transport Grant Shapps MP announced that they aimed to rollout 4,000 UK-made zero-emissions buses. However, so far just a handful of buses have been ordered.

Now ADL, Switch Mobility and Wrightbus, have been invited by the Bus and Coach All-Party Parliamentary Group (APPG) to park three UK-made zero-emission buses in Westminster today to show MPs the world-leading technology and remind Downing St of its commitment.

In a letter delivered by the group to Number 10, the APPG is calling for the PM and the Chancellor to use the upcoming Spending Review to increase the funding allocation for the current financial year to allow further ZEBRA (Zero Emission Bus Regional Areas) bids to progress as this year's scheme was over-subscribed, plus ensure the funding available for the 2022/23 financial year is significantly bigger.

Chaired by former Transport Minister Robert Goodwill MP, the Bus and Coach APPG said there was ‘frustration by the slow progress that is being made in turning Government words into bus production orders.’

The letter explained: ‘The UK has three world-leading bus manufacturers who have all invested in R&D to develop market-leading zero-emission buses (ZEBs) and stand ready to deliver on your Government’s commitment to introduce 4,000 ZEBS by 2024/5.

‘However, from our discussions with the manufacturers, we understand there remains frustration by the slow progress that is being made in turning Government words into bus production orders.’

The letter continues: ‘We also understand that the current applications for the ZEBRA scheme was significantly in excess of what the financial year 2021/22 fund will allow for. This means that many local authorities will not receive any support to decarbonise their bus fleets, prolonging exposure of their community to higher levels of air pollution, while UK manufacturers stand ready to build these vehicles or risk having to cut jobs of talented green-collar team members.’

The letter urged the Prime Minister and the Chancellor to take any steps possible to increase the funding allocation for the current financial year to allow further ZEBRA bids to progress, and also ensure the funding available for the 2022/23 financial year is significantly bigger.

‘Only a much larger ZEBRA scheme next year will enable your Government to deliver on the 4,000 British-built zero-emission bus pledge,’ it added.