Southampton City Council has taken delivery of the first of four all-electric eSwingo compact sweepers from Aebi Schmidt UK to help meet its environmental objectives under its Green City Plan 2030. 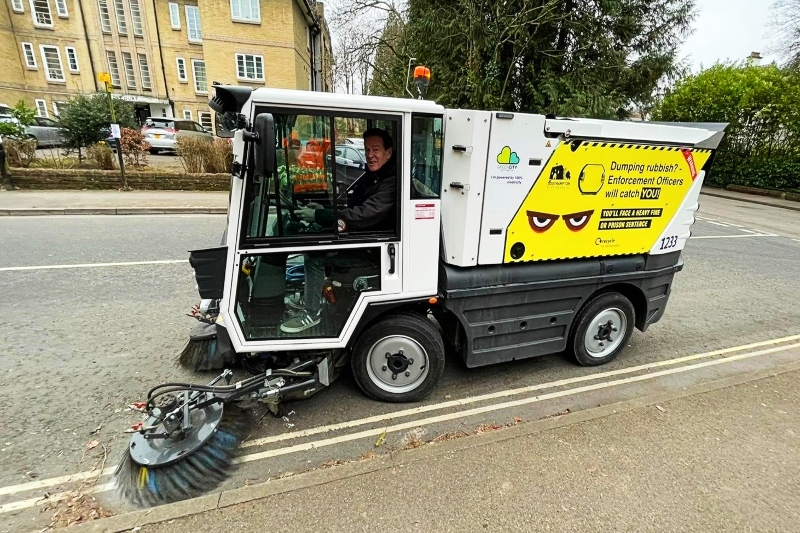 The zero-emission eSwingos will contribute to the council’s sustainable energy and carbon reduction objectives. Included in these is the pledge that all corporate assets will have a net zero carbon footprint and 90% of its fleet will be zero-emission by 2030.

The council is making a major investment in its entire fleet with many types of municipal vehicle moving to lower or zero emission technology as part of its wider green transport commitments.

The seven diesel-powered Swingo 200+ sweepers that the council currently operates will be replaced with new electric versions as they come to the end of their working lives, helping with the transition away from fossil fuels.

A pilot test of one of the vehicles was undertaken last year, which demonstrated the eSwingo was easily capable of working a nine-hour shift but still leaving between 43-54% of battery life available, while also operating at extremely low noise levels.

Charge points have been installed at council depots, supplied by charging specialist JoJu Solar, which is a major supplier under the Central Southern Regional Framework agreement for EV charging infrastructure.

‘We are leading the way with our Fleet Modernisation Plan, and these eSwingos form part of an investment plan to increase the numbers of zero and low emission vehicles we operate across Southampton.’

Aebi Schmidt area sales manager, Paul Pudney, commented: ‘We have always enjoyed a tremendous working relationship with Southampton City Council and it has been great to be involved with their plans for a safer, cleaner, greener city.

‘The council is a real ambassador of our Swingo 200+ compact sweeper, so it was extremely exciting to see the new generation, 100% electric eSwingo put to the test across the city’s various street cleansing operations.

‘And it is a privilege to be able to contribute towards their carbon neutral pledges for 2030 onwards and continue to work with and support them.’

He continued: ‘The Swingo is a well-established sweeper that is known for its reliability, maneuverability and outstanding performance. The new eSwingo will offer everything the diesel model does but in a completely sustainable way, producing 0% CO2 which is great for the environment, and delivering the future of sweeping, today!’

‘It truly heralds the dawn of a new era in sweeping technology and, with a near-silent electric drive, delivers noiseless, highly efficient sweeping. As a result, the eSwingo can be deployed at night or in the early hours of the morning in built up areas without a problem.’