Fleets of commercial vehicles that operate in large towns and cities could halve their emissions and better meet clean air targets using technology that imitates how ants share knowledge. 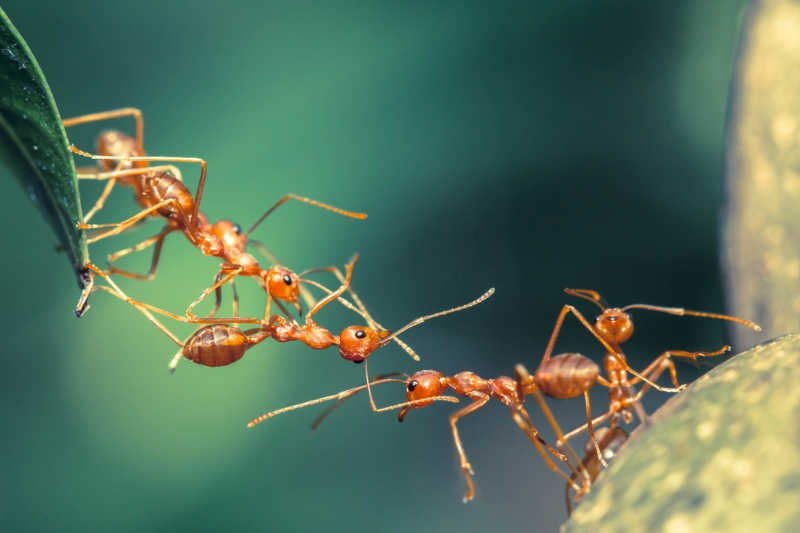 Developed by Aston University researchers in Birmingham, the software uses a method called ‘route optimisation’ to intelligently direct fleets of vehicles from the same company around a city or town.

The aim is to help fleet managers slash their vehicle emissions in half, while also saving them time and fuel costs.

The researchers based their computer modelling algorithm on the way ants forage for food to schedule tasks to vehicles in a fleet and optimise their routes. This technique is known as ‘meta-heuristic technology’.

The method mimics how colonies of ants solve problems and improves upon their existing behaviours. For example, each ant keeps a record of the best solution it has individually found and passes on this knowledge to other ants. This ‘best practice’ then permeates through-out the colony, updating its store of know-how in a way comparable to computer algorithms.

The researchers further developed the technique by creating even ‘smarter’ ant algorithms by reducing the amount of decisions they make such that they can solve city-scale fleet routing problems.

The software, which has been developed under the Think Beyond Data initiative and which has been part-funded by the European Regional Development Fund (ERDF), can be installed on a laptop and business owners can then use the system to optimise their own routes based on their daily needs.

Dr Darren Chitty, lead researcher, Aston University said: ‘Algorithms based on the foraging behaviour of ants have long been used to solve vehicle routing problems, but now we have found how to scale these up to city-size fleets operating over several weeks in much less time than before.

‘It means much larger fleet optimisation problems can be tackled within reasonable timescales using software a user can put on their laptop.’